The Railways of Britain

A Journey Through History

Jack Simmons sympathetically relates the history of the railways of Britain and describes every aspect of their equipment and operations. He also makes journeys through the Pennines, Scotland, Essex and southern England on which he acts as observer and guide. His book is a pleasure to read: learned, succinct, packed with technical detail and yet entertaining and even moving.

The ‘BUY’ button will direct you to our US distributors’ secure website to purchase.

A Journey Through History
The railway era began in Britain when steam was king. In the age of petrol and diesel, these once confident, rumbustious railways fell into decline. As their fortunes waned, however, the fascination for trains and all their works grew, and has if anything become more intense as congested roads and high-speed trains have sparked a revival in railway travel. This third edition of one of the outstanding works of British railway literature has been substantially rewritten, revised and brought up to date. For the first time it has been fully illustrated in colour and black and white with more than 200 photographs, maps and engravings, many of them previously unpublished. With its large and valuable reference section at the back, this book stands out as a railway achievement in its own right.

CHAPTER 1: THE MAKING OF THE RAILWAYS
Journey 1: Fenchurch Street – Chatham 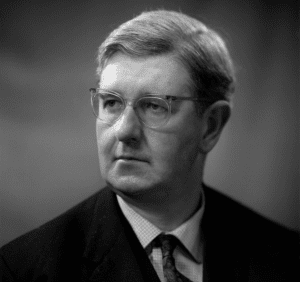 Jack Simmons, doyen of British railway historians, was born in 1915 and died in 2000. Apart from The Railways of Britain, first published in 1961 and unassailably his best-known work, he has written and edited a number of highly regarded books on transport history, including St Pancras Station, The Railway in England and Wales, 1830-1914, Transport Museums in Britain and Western Europe and The Railway in Town and Country, as well as two volumes in the 11-volume Visual History of Modern Britain, of which he was General Editor. He was appointed to the History Chair at the University of Leicester in 1947, was a member of the Advisory Council of the Science Museum from 1969 to 1983, and for three years was Chairman of the National Railway Museum Committee, York.

THE PASSENGER STEAM LOCOMOTIVE
The invention of the railway engine is not the achievement of any one man. But if a single ‘inventor’ must be named it should be Richard Trevithick. George Stephenson is the best known locomotive engineer, but his famous Rocket was by no means the first railway engine – it was something like the seventieth to be built in Britain. Older locomotives are still to be seen: Puffing Billy at the Science Museum in London, its fellow Wylam Dilly in the Royal Scottish Museum in Edinburgh, Locomotion at Darlington. But Rocket marked the turning-point in the development of the locomotive from a machine designed entirely for the slow haulage of coal to one that was able to handle passenger and general goods trains, which required greater flexibility and speed.

GLASGOW (QUEEN STREET) – EDINBURGH (WAVERLEY)
To anyone with a sense of history this railway has a special interest, for it moves along one of the oldest and most important natural lines of communication in the country, across the ‘waist’ of Scotland at its narrowest point. For twenty miles it runs close to, and it twice intersects, the Antonine Wall, built by the Romans in the second century AD; and for much of its course it is within sight of the Forth & Clyde Canal, one of the great engineering works of the 18th century.

Serving two large cities, moreover, each with a peculiar physical character of its own, it exemplifies some of the general problems faced by engineers in driving their railways into towns. One of the most important difficulties has been solved here with triumphant success: each terminus is conveniently situated near the centre of the city it serves.