A Book of Christmas Carols

This anthology of 55 carols is both a delightful illustrated pageant and a historically significant work compiled with scholarly regard for detail. It features simple keyboard accompaniments suitable for the amateur player as well as the cathedral organist, freshly arranged by two outstanding composers of international reputation.

A Book of Christmas Carols features 55 traditional carols for unison singing, with keyboard accompaniments in three and four parts. The editors of this beautifully illustrated and carefully compiled book have researched the origins of the carols, stripping away much of the Victorian harmonization which so often obscures them, to reveal their natural lightness and vivacity. They have written all the musical arrangements especially for this book, devised so that anyone of even very modest musical accomplishment will quickly be able to master them. It is a measure of their sureness of touch that while achieving simplicity, they have created a series of accompaniments that are both stylish and enjoyable to play. The book has been illustrated in early manuscript style by specially commissioned paintings and woodcuts from the watercolourist and engraver, Jane Lydbury.

God Bless the Master of this House
A Virgin Most Pure
Tomorrow Shall Be My Dancing Day
Down in Yon Forest
Hail! Blessed Virgin Mary!
The Holly and the Ivy
O Come, O Come Emmanuel!
King Jesus Hath a Garden
The Cherry Tree Carol – Joseph and Mary
Angels from the Realms of Glory
Shepherds! Shake Off Your Drowsy Sleep
This Endris Night
A Little Child There is Ybore
O Jesus, Sweet Child
Deck the Hall
The Boar’s Head Carol
In the Bleak Mid-Winter
Hark! The Herald Angels Sing
On Christmas Night
Shepherds’ Rocking Carol
Silent Night
Masters in this Hall
Child in the Manger
Personent Hodie – The Boys’ Carol
Jesus Christ the Apple Tree
O Christmas Tree
Unto Us is Born a Son – Puer Nobis Nascitur
It Came Upon the Midnight Clear
While Shepherds Watched Their Flocks by Night
O Little Town of Bethlehem
Away in a Manger
Sheep and Shepherds – Quem Pastores Laudavere
See Amid the Winter’s Snow
Coventry Carol
As With Gladness Men of Old
The First Nowell
Come, Tune Your Cheerful Voice
A Child This Day is Born
Joy to the World
In Dulci Jubilo
As I Sat on a Sunny Bank
Once in Royal David’s City
O Come, All Ye Faithful
Ding Dong Merrily on High
Patapan
Christians, Awake! Salute the Happy Morn
What Child is This?
God Rest You Merry, Gentlemen
Good King Wenceslas
Past Three a Clock
We Three Kings of Orient Are
Brightest and Best of the Sons of the Morning
The Twelve Days of Christmas
Sans Day Carol
Wassail Song 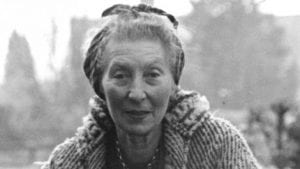 Elizabeth Poston (1905-1987) was an English composer, pianist and writer. She composed scores for radio and television productions, and collaborated with writers such as C. S. Lewis and Dylan Thomas. She studied at the Royal Academy of Music (RAM) in London where she won a prize for her violin sonata, which was subsequently broadcast by the BBC. When she graduated from RAM in 1925 seven of her songs were published, and five more in 1928.

After spending time abroad, she joined the BBC at the beginning of the Second World War, and became the director of music in the European Service. She left briefly in 1945, but returned in 1947 in order to advise on the creation of the BBC Third Programme. Between 1955 and 1961 she was the president of the Society of Women Musicians. 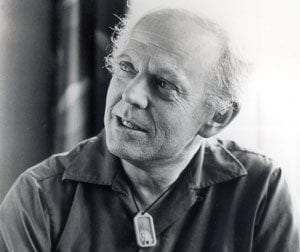 Malcolm Williamson (1931-2003) was a composer whose works include symphonies, film scores, chamber and keyboard music and ballets. Born in Sydney, Williamson received his earliest musical experiences in the Anglican church where his father was a priest. By the age of 12, he was studying at the Sydney Conservatorium under Sir Eugene Goossens.

He moved to London in 1950. There he worked as a proof-reader for a publishing house while performing as an organist and choir master and playing piano in a nightclub. He began to compose full-time in the 1960s and was named Master of the Queen’s Music in 1975. He was the first non-Briton to hold the honorary position, in which he wrote music for state occasions.

INTRODUCTION
Of their very nature hymns and psalms were dedicated by the human spirit, with due reverence, to one or more superior beings. In ancient Egypt, in the lands of the Bible, Greece and elsewhere, devotional dance, song and instrumental music were offered to a Deity or deities. Plato, Socrates’ greatest disciple, commended the singing of hymns in the fifth and fourth centuries B. C. Carols on the other hand did not originally have a religious intention.

By Plato’s time the universal popularity of the theatre as entertainment was long established. There was chorus, acting, dancing and singing, frequently in alternation with the classical Greek flute-like instrument the aulos. The Greek word choros properly means a circling dance, as well as the chorus or choir that performed such dances. The compounded chor-aulos, forerunner of the carol, can thus be said to have signified an often pleasurable form of entertainment.

The 55 carols, as they appear in this volume, are intended for unison singing in any domestic or parish performance. It has been my aim to keep as closely as possible to the style of Elizabeth Poston’s arrangements. Most of the keyboard writing is in three parts, and, while preserving the essentials of the music, they lie easily within the technique of people who even though enthusiastic about carol performing, are otherwise busy, and do not have burning musical aspirations. With this degree of simplicity, singers and players should find no problems in making informal performances a practical and pleasurable pastime. This is, after all, how carols were born.

The undeniable glamour of trained, hand-picked multi-voiced choirs with large organs and orchestras is often centuries later than the original carols. Yet in the true spirit of the carol many of these here, according to whim, may well be performed with additional instruments using whatever comes to hand – dinner-gongs, bells, fingers on table-tops, metal spoons on empty bottles, wooden spoons on saucepans, and of course hand-clapping and foot-stamping, and certainly, where suitable, community dancing. The essential thing is to spread the act of celebration from the keyboard out to participation by all present.