Mrs. Beeton is an institution. More than a hundred years after The Book of Household Management first appeared, early editions of her great original are still in print, and new editions have been appearing ever since. This concise edition, The Shorter Mrs. Beeton, reveals Isabella Beeton in her original youth and freshness. Gone are the many additions by later hands. In their place comes a manageable cookery book of 240 pages and 400 recipes containing the pure and original Mrs. Beeton.

Chapter 1: Management and Economy of the Kitchen 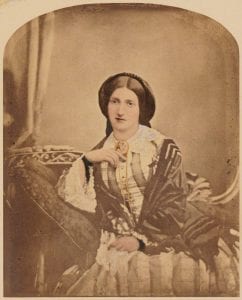 Mrs Beeton was born Isabella Mary Mayson in 1836. She married the publisher Samuel Orchard Beeton when she was 20, and within eight months of her marriage she was editing both the cookery and the household columns of her husband’s Englishwoman’s Domestic Magazine. It was at Sam Beeton’s suggestion that she began collecting recipes for a book on household management. The first instalment of The Book of Household Management was published in 1859, and the rest followed in monthly intervals. She died of puerperal fever a week after the birth of her fourth child, at the age of 28.

MANAGEMENT AND ECONOMY OF THE KITCHEN
The Kitchen, it must be remembered, is the great laboratory of every household. A good kitchen, therefore, should be erected with a view to the following particulars. 1. Convenience of distribution in its parts, with largeness of dimension. 2. Excellence of light, height of ceiling, and good ventilation. 3. Easiness of access, without passing through the house. 4. Sufficient remoteness from the principal apartments of the house, that the members, visitors, or guests of the family may not perceive the odour incident to cooking, or hear the noise of culinary operations. 5. Plenty of fuel and water which, with the scullery, pantry and storeroom, should be near it so as to offer the smallest possible trouble in reaching them.

SOUPS
It has been asserted that English cookery is, nationally speaking, far from being the best in the world. More than this, we have been frequently told by brilliant foreign writers, half philosophers, half chefs, that we are the worst cooks on the face of the earth, and that the proverb which alludes to the divine origin of food and the precisely opposite origin of its preparers, is peculiarly applicable to us islanders. Not, however, to the inhabitants of the whole island; for it is stated in a work which treats of culinary operations north of the Tweed that the “broth” of Scotland claims, for excellence and wholesomeness, a very close second place to the bouillon or common soup of France. We are glad to note, however, that soups of vegetables, fish, meat, and game are now very frequently found in the homes of the English middle classes, as well as in the mansions of the wealthier and more aristocratic; and we take this to be evidence that we are on the right road to an improvement in our system of cookery.